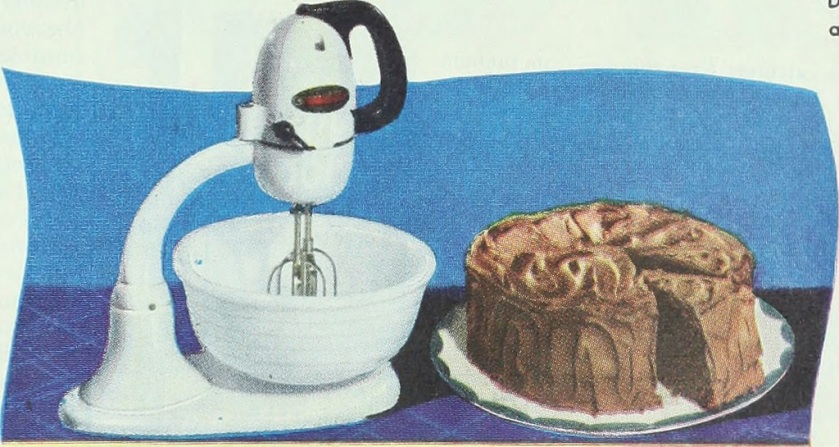 …and a great alliteration!

About a year ago, I was just going about my business making a cake for John Ross’ birthday. I was using my KitchenAid mixer to whip up a batch of marshmallow fondant to lay over the cake. Anyone who has worked with fondant before knows that it is a pretty heavy load. I finished my frosting, finished my cake and went on celebrating a sweet little 3-year-old boy.

The celebration ended 2 days later when I went to make a batch of merigues (the lightest possible work load for a stand mixer) and the motor would run, but the paddle would hit the meringue and stop.

I got the mixer 7 years ago. KitchenAid as a brand has built its reputation on longevity. Their mixers are meant to last a lifetime. A common wedding gift, one would imagine that it should at least last the length of an average marriage, which in one 2011 study was 8.7 years.

Needless to say, I was annoyed. When I get annoyed, world watch out. I tend to be a bit OCD when irritated. The soupy meringues got pitched and daughter of a mechanical engineer that I am, I delved straight into my mixer.

Yes, I did. I Googled and found out that perhaps my mixer needed cleaning. So with a screwdriver, toothbrush, and popsicle stick, I opened up and cleaned out my entire mixer. It was gross since I didn’t know that I was supposed to clean it every few years. With a fresh coat of grease, I put everything back together, plugged it in and turned it on. Same problem. Argh.

I took the whole mixer to my dad at Christmas. If the daughter of a mechanical engineer couldn’t figure out a simple motor, her dad probably could, right? Well, after a toothpick and some epoxy fixes, the thing still didn’t work. We couldn’t get the RPMs right. We decided to replace the phase controller, but that required ordering the piece. So, I took my mixer home, ordered the $7 piece and replaced it. Beautiful, right? Wrong.

At this point, you are all saying, just buy a new mixer. Nope, not this OCD spendthrift. I’m not buying another $200 appliance.

More research. Perhaps it was the electrical wires. Another $30 piece ordered and replaced and finally the RPMs were correct. I seperate some eggs and go to work on my long awaited Resurrection cookies (also a meringue-type cookie). I add the 1/4 cup of sugar from the recipe and not 30 seconds later, the paddle stops and the motor keeps running.

Mental picture time: 8:30 at night, I’m sitting at the kitchen table which is covered with a Valentine’s Day table cloth, head in my hands, sobbing and cursing at my mixer. Kevin walks in for the night and suggests we just buy a new one. I snap and him and told him that it is just a stupid machine. Just a motor and some gears. I’m not buying a new one. Period.

Instead, I fiddle and futz with the machine for another 3 hours. I open, close, clean, examine and though I am ashamed to admit it, cried and cursed some more.

Then it happened. I realized that there was a piece missing from a very hidden hole that kept the main shaft from slipping when tension was applied. I remembered that the afternoon that I first disassembled the mixer, a small pin had fallen out the moment I had opened it and I couldn’t find it’s home. I assumed it was a stabilizer for the casing and had placed it in a random hole in the casing. I pulled it out and fitted it to the hidden hole. I tidied up the gear box, re-attached the casing, and wiped down the counter. With a deep breath and not much hope, I plugged in the mixer, held my hand to the paddle and turn the well-worn handle to “stir”.

It worked and actually pinched my finger to the side of the bowl. Forget the finger! It worked!

6 months…6 months of trial and challenge. But I fixed it.

I like to believe that this very long process was an allegory for our marriage. Marriages, like mixers, are supposed to last a lifetime. At the core is a sacrament, a motor. It is the divine energy that sustains the marriage. There are gears, spouses, that convert the energy into work that creates beautiful products, children and good works for the world. Sometimes gears are going to slip, sometimes the spark is going to go out, sometimes the pace is going to be too fast or too slow, and sometimes you’re just going to get stuck. God’s energy keeps going, but the human parts just don’t work. It’s not a reason to give up or to buy a new mixer. It’s a reason to seek expert help and put some elbow grease into it.

If this experience has taught me one thing, I believe that whenever Kevin and I hit the metaphorical “7-year-stick” we’re going to be just fine. I’d like to believe it is because we are loving children of God who understand that marriage is sanctifying and always requires effort, in good times and in bad. However, I know better. The truth is, we are both too stubborn and too cheap to start over again.

Words to Love By

The best foods, like the best people, have a little bit of spice!

Looking for something specific?

Friends at My Table